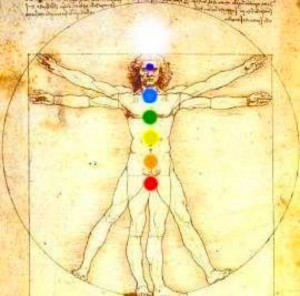 “Our aim is to create the life of a human spirit…  and then to express it in a beautiful, artistic form”

The Spiritual Psychology of Acting is an evolution of the teachings and techniques of the great Russian stage directors of the 20th Century, with cutting edge Psychology and Spiritual Philosophy from East and West.

The system has been developed to meet the true needs of the professional actor, living and working in the 21st Century…

At the time of graduating from five years of training as an actor, followed by two years training as a stage director, it would have been easy to kid myself that I was, in some ways, supremely equipped to embark on a career in theater, TV and film.

The training I received was mainly based on the teachings of Konstantine Stanislavski. My teacher, Sam Kogan, trained at the Moscow Institute of Theatre Arts under one of Stanislavskis’ students. He in turn developed Stanislavski’s ideas, in search of what he called a ‘science of acting’.

In theory it all seemed to sound right, but in practice it just didn’t work. The cerebral nature of the training only served to enslave the actor and ultimately strip him of his own natural sense of feeling and spontaneity. Surely a system of knowledge of acting should serve to liberate the actor, not bind him?

So in spite of my extensive training, huge questions still remained unanswered…

“Through conscious technique we pave the way to subconscious creativity” – Stanislavski 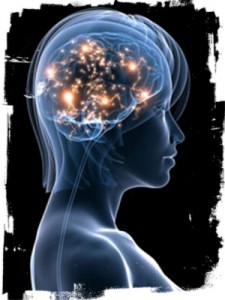 In other words; I wanted to understand the laws that governed the true function and nature of the art and craft of acting,  and then, using this knowledge combined with experience, assist in the training and development of professional actors…

How could I best help the modern actor to learn to love the art in himself (and not just himself in art!), to be fearless, free, awake, aware, technically skilled, open hearted, present, responsive, compelling, a joy to work with and ultimately a joy to watch?

These questions sent me on a mission; from Stanislavski to Sanford Meisner and Lee Strasburg (who both seem to have missed the point) to the great Michael Chekhov, the first acting teacher to acknowledge the spiritual nature of great acting. However, I didn’t limit the study to theories of acting. I expanded the search to include, what I believe to be, the real substance of the actors craft, namely; the heart, mind and soul of man…

With the aid of psychology, I took a closer look at myself and those around me, with all our sometimes beautiful, sometimes comical, sometimes painful and sometimes downright crazy ways we choose to conduct ourselves in this mysterious quest for happiness that we call “life”! 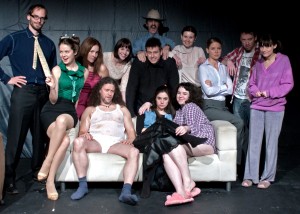 JOH with Students, in Character at the Actors Centre

The basic premise of the Spiritual Psychology of Acting is this; If we can learn to observe and understand the psychological process’s which created our own character in life, then, with some practice, we can learn to saddle and ride this knowledge, to engage it at will;  allowing it to serve as our creative technique.

The fruit of this study proved to be fascinating and rewarding. The students were happy, the quality of their work was steadily improving, which was reflected in the number of them that were landing prestigious roles within the industry…

But, to me, it still seemed like something was missing. So then, as a logical progression, I began to wonder about the ‘higher’ or ‘deeper’ nature of dramatic art…

Why is film and theater such an important part of human culture? What is the function of the artist? What is the true service of the writer, director and actor to the audience, society and ultimately to humanity? How does our profession fit into the greater scheme of things?…

I imagined society as a huge body… If within this ‘body’ the town hall serves as a kind of ‘brain’, then the cinema, theater, art house etc, should serve as a ‘heart’…

And in the same way that the biological heart functions as an engine for the distribution of fresh, oxygenated blood to it’s counterparts, so too should the heart of society serve to pump out fresh ideas and inspirational energy into the community at large.

The answer is of course; they can’t!

“IN ORDER TO RAISE THE LEVEL OF CONSCIOUSNESS IN THE COMMUNITY OR IN THE WORLD IN GENERAL, ONE FIRST HAS TO UPLIFT ONESELF. THIS IS ACQUIRED THROUGH UNDERSTANDING OF TRUE KNOWLEDGE, PROPER PRACTICE OF MEDITATION AND DEVOTED SERVICE”
– Sri Shantananda Saraswati

This lead to the further study; the words of the wise and humanity’s great store house of spiritual knowledge, in the form of Philosophy from both East and West. The fruits of this study, along with the practice of Meditation, provided the necessary answers. This coupled with the psychological techniques I’d inherited and most of all through my own twenty-six years of experience in training actors on both sides of the Atlantic, has evolved into a system of training which I call THE SPIRITUAL PSYCHOLOGY OF ACTING.

I hope to see you at one of our workshops soon. 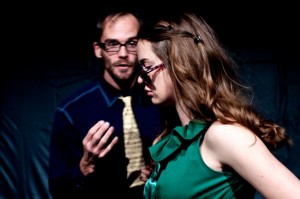 About The Spiritual Psychology of Acting

Following on from the findings and teachings of Stanislavsk, traditional stage and screen acting technique teachers, and his own teacher, Sam Kogan, and inspired by great minds like Plato, Jung, Buddha, Freud, Joseph Campbell and Vedic Philosopher Adi Shankara, The Spiritual Psychology Of Acting has evolved to serve the true needs of the modern actor and performance artists alike.

The SPA teaching is guaranteed to breathe new life, inspire with fresh knowledge and empower the actor with technical skills which have proven consistently to help anyone to go to the next level in there chosen field. Whilst many other courses teach, what could be described as ‘the peripheries’ of good acting, The Spiritual Psychology Of Acting gets to the very heart and soul of the Art of Acting and will provide you with the finest knowledge and skills available to embark on a professional career as an actor.

The training is combined with simple, but powerful meditation serving to help the performer transcend their own self imposed limitations and ultimately provide simple knowledge and techniques to help any artist connect with his or her own spiritual ‘centre’, the true source of all truly creative work (and happiness!).

This subtle brightening of the inner being also allows the artist to ‘shine’ on stage… This quality, commonly known as ‘charisma’, ‘stage/ screen presence’ or more recently, ‘The X Factor’, have traditionally been thought to be unteachable and therefore un-learnable… that is until now!…
The Spiritual Psychology of Acting will show you that these qualities are available to all of us and require only a healthy curiosity (and a little discipline) to be fully developed…

Check out these testimonials from some of our former students, now at the top of their game!